We would like to offer our sincere support to anyone coping with grief. Enter your email below for our complimentary daily grief messages. Messages run for up to one year and you can stop at any time. Your email will not be used for any other purpose.

Share a memory
Obituary & Services
Tribute Wall
Read more about the life story of Michael and share your memory.

Mike was a 1991 graduate from Penn High School. He was an honorary “Jimmie” and could be found attending many of the events his children were involved in through school. He worked at Culligan Water for over 20 years as a route driver and warehouse manager and finished out his career at LRS Portables as the Operational Manager for the Niles location.

Mike had many interests. He loved all things Notre Dame, especially their football team and hanging out with his friends and family while cheering on the Irish. Mike was also an avid collector. He started with a Coca-Cola collection and as his interests grew…so did his collections. Mike most loved being around his girls, family, friends and animals. He was friendly, out-going and the kind of person you could count on whenever you needed a helping hand.

In his spare time, Mike enjoyed eating pizza, playing cards/board games, working on cars, repairing things, going to a zoo he had never been to before and intentionally creating memories with those he cherished most. Some of those memory making adventures included attending a NASCAR race with his dad every season for many years, camping with family and friends, hanging out at the lake on the boat as a spotter and traveling to various places to watch his daughters wrestle, perform or play rugby. Mike’s faith was important to him and he often prayed for those in his life to find a relationship with Jesus. One of his favorite adventures was going on a mission trip to China. He was active in his Life Group and attended Osceola Grace church. If Mike called you friend or family, know that you were deeply loved.

Mike didn’t want a typical funeral where people stood in a line in front of his casket and made his family cry. He wanted a true celebration of life. He wanted fun. He wanted shared happy memories and a lot of stories told to make people smile.

To honor his wishes, Mike’s celebration of life will be held on St. Patrick’s Day (of course there is an Irish connection) March 17th. The celebration will be held at Hubbard Hill’s “Sailor Community Center”. The address for Hubbard Hill is 28042 Co Rd 24 in Elkhart, IN 46517. The Sailor Center is located on the property of Hubbard Hill, behind the main building on Hubbard Hill Lane. Visitors can stop in any time between 5 and 8pm to celebrate Mike with his family.

The family is asking that friends and family bring a written story to share a memory that you have with Mike to the celebration. The stories will be collected and copied to be bound into a book for Mike’s daughters so they can have a keepsake of the cherished memories from those who knew their dad.

To send flowers to the family or plant a tree in memory of Michael Robert Horvath, please visit our floral store. 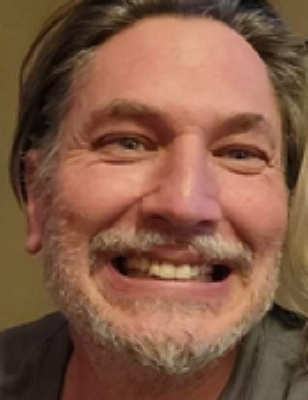 Look inside to read what others
have shared
Family and friends are coming together online to create a special keepsake. Every memory left on the online obituary will be automatically included in the book.

Look inside to read what others have shared

Family and friends are coming together online to create a special keepsake. Every memory left on the online obituary will be automatically included in the book.

You can still show your support by sending flowers directly to the family, or by planting a memorial tree in the memory of Michael Robert Horvath
SHARE OBITUARY
© 2023 Cruz Family Funeral Home and Cremation Service. All Rights Reserved. Funeral Home website by CFS & TA | Terms of Use | Privacy Policy | Accessibility