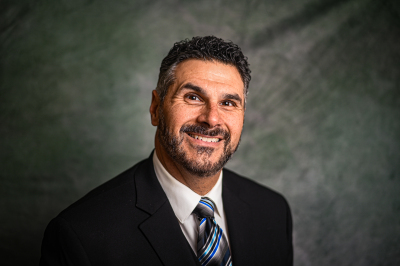 Brandon graduated from Penn High School in 1991 and earned his degree in Funeral Science from Vincennes University in 1995.  Following his required internship in Indianapolis, he returned to serve Osceola and the surrounding community in 1996.

Brandon continues to serve his hometown with the same level of commitment, dignity, and respect  families have become familiar with over the past 20 years.

Brandon, his wife Jody, and their daughter Chloe reside in Osceola, and are active in their community.

In his spare time, he enjoys riding his motorcycle, watching football (especially Notre Dame and the Indianapolis Colts), and watching his daughter Chloe compete with her horse "Chyna" in barrel racing events throughout the Midwest.  He and Jody are also faithful attendees of EPIC Church in Mishawaka. 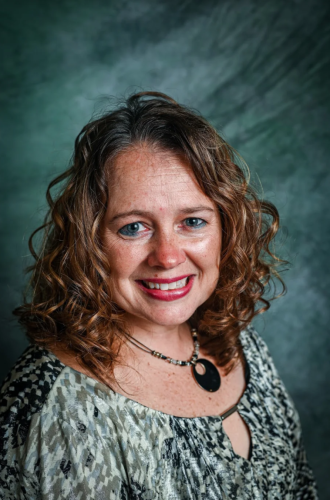 Jody was born in Elkhart and is a graduate of Memorial (now Elkhart) High School.  She and Brandon were married in 2001 and have a daughter, Chloe.

Jody is employed full time in the triage room at the South Bend Clinic's Allergy Department where she schedules patients, calls in prescriptions and helps the Doctors in any way possible.  Since her position moved to a "work from home" situation in the Pandemic of 2020, Jody is here in our office everyday. You may see her at the main desk if you stop by during the day!

After hours, she helps with visitations and any other duties that are necessary to keep the Funeral Home functioning on a day to day basis.

In her spare time, Jody enjoys riding with her husband Brandon on their motorcycle, watching Chloe compete in barrel racing and other events, and is a faithful member of EPIC Church in Mishawaka. Jerry Jamison joined our staff as a Funeral Assistant in 2017 when we opened the doors of Cruz Family Funeral Home. You’ll see Jerry helping at the door during visitations and services and helping direct cars in procession following the funeral.

He was employed by Miles Industries (Bayer) in Elkhart for 23 years before moving to Thor Industries for the final 11 years of his employment.  Since 1973, Jerry has been employed part-time in the funeral industry as an assistant to the Funeral Director.

Jerry is married to Kathy and they have two daughters, Emily of Minneapolis, Minnesota and Sarah of Indianapolis.  They also have a pug named Stella who rules the roost at the Jamison household.

In his spare time, Jerry enjoys collecting vintage farm tractors, toys, and signs.  Jerry is also an avid fan of the Notre Dame Fighting Irish and he and his wife Kathy attend Granger Community Church. 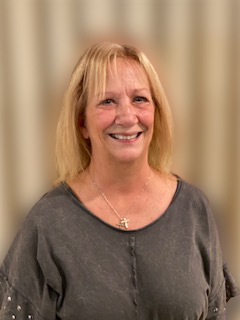 Debbie Brenneman joined our staff as a Funeral Assistant in 2020 after leaving a similar position at a local corporate owned Funeral Home.  Debbie’s smiling face can be seen at the front door during evening visitations.

She is a graduate of Mishawaka High School and served many years as an Educational Assistant before retiring to part time in 2018.  She currently works as a Teacher’s Aide at Moran Elementary School in Osceola.

Debbie has one daughter, Meredith Revard who is married to Rob, and several grand-cats.

In her spare time, she enjoys lounging by her pool, visiting casinos, and completing DIY projects around her home.  She also volunteered with “Indiana Save a Dog” where she fostered several dogs, and currently has two beautiful Goldendoodles. 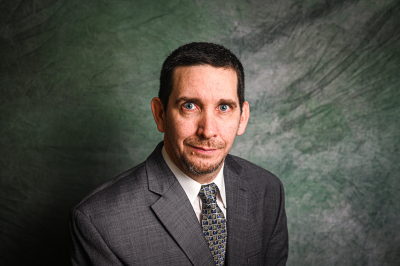 Chris Martin joined our staff as a Funeral Assistant shortly after we opened our doors in 2017.  He brings a wealth of knowledge to our staff from his former part-time experience at a Funeral Home in Tiffin, Ohio. You may see Chris assisting with funeral services during the morning hours at Cruz Family Funeral Home and he also assists the staff when the passing of a loved one occurs by bringing them into our care during the overnight hours.

Chris is a graduate of Wynford High School in Bucyrus, Ohio and is employed full time with AT&T as a service technician.    He and his wife April have 4 children, Shelbi, Kyle, Emma and Sadie, and they attend Michiana Community Church in Granger where Chris serves faithfully as the Worship Pastor.

In his spare time, Chris loves spending time with his family, and rooting for the Ohio State Buckeyes and Dallas Cowboys. 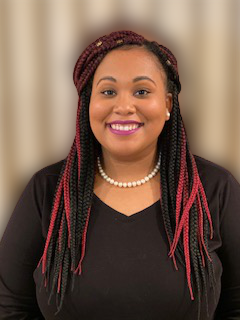 Sondia Branscomb joined our staff in 2020 as a Funeral Assistant.  She was born and raised in Elkhart, Indiana. Sondia graduated from Elkhart Memorial High School in 2008. Furthering her career, Ms. Branscomb earned a Funeral Service degree in 2013 from Vincennes University. You may see Sondia's smiling face assisting our staff at visitations and funeral services.

Currently, she is employed as a behavior specialist for Elkhart Community Schools. Ms. Branscomb has exceptional communication skills with the ability to follow instructions accurately to help make the funeral as stress-free for family and friends of the deceased as possible. Ms. Branscomb has excellent people skills with the ability to interact with the bereaved family in a compassionate and proficient manner. She attends Pilgrim Rest Missionary Baptist Church in Elkhart and is active in her community. In her leisure time Ms. Branscomb enjoys spending time with her family and friends. She also enjoys shopping, traveling, and watching football (especially New England and Notre Dame).

A year of daily grief support

Our support in your time of need does not end after the funeral services.  Enter your email below to receive a grief support message from us each day for a year.  You can unsubscribe at any time.